What mangroves mean to the people of Salay, Mindanao: A perception survey to gather insights into the knowledge, attitudes and needs of the local community

“Mangroves are storm and wave protectors”

was the general response of the community members – written in the Visayan language – to my question about how mangroves benefit them.

We recently conducted a perception survey with the Mangrove Organization in Salay, a municipality located in the northern region of Mindanao Island in the Philippines. It was a semi-structured survey to understand the people’s: (i) knowledge about mangroves, (ii) attitudes toward restoration efforts, and (iii) needs in the restoration process. Understanding their needs will help us develop informational and educational materials as well as training modules on restoration. Doing this also shows that we are a community and that we value the trust the people place in us by sharing their valuable information.

As part of the survey, we gathered members of the Salay Mangrove Organization, a local group dedicated to mangrove restoration activities. Out of 25 active members, 15 women and seven men participated, all of whom have been with the Mangrove Organization since 2016. Thirty-eight percent of them were 26‒30 years of age and 19 percent were 31‒35 years old. Few of the participants were older than 35. Most of the women were housewives, while the men who were present were drivers and vendors. The participants mentioned that some male members went out to fish that day, so they weren’t able to attend the discussion. All of the members live within 3 km of the mangrove forests.

What does the community think about mangroves?

Sixty-three percent of the members know what a mangrove forest is, but 82 percent needed help in identifying different species of mangroves. When we asked them an open-ended question about the different benefits they gain from mangroves, 59 percent mentioned typhoon and wave protection. Twenty-three percent said fish nurseries, 6 percent said mangroves provided both aesthetic value and livelihoods, and 3 percent said tourism. This is reasonable as the municipality of Salay experiences stronger wave activity during the habagat (southwest) monsoon, and the community members live in coastal areas. The value of storm protection from mangroves is also seen in the results we gathered from another village – besides Salay – where the community is exposed to waves and storms during typhoon season.

We also noticed during our visit that the fishing boats were moored behind the big mature trees of Avicennia marina for protection. We also learned that local fishermen with nets visit the mangroves during high tide to collect fingerlings of a certain type of fish. They can sell such fish in another municipality and earn money this way. The information we gathered about the people’s knowledge of mangroves helps us communicate effectively (i.e. via posters) with coastal communities that are often exposed to strong wave activity.

Do the members intend to become more involved in conservation efforts?

All members of the community indicated a willingness to become involved in mangrove restoration. They participated in mangrove planting events in 2018 and 2020 organized by a local NGO and local government projects respectively. However, in our discussions, the members mentioned that they weren’t given any training on specific species and different methodologies for restoration. In order to promote involvement in conservation, the members suggested that a seminar would be useful to explain the importance of such efforts for the people, and to highlight ways of monitoring the planted mangroves.

Who should protect mangroves?

When asked whether the local government helps in protecting the mangroves, 77 percent of the community members agreed, 18 percent disagreed, and 5 percent were neutral. Furthermore, when asked whether their organization protects the mangroves in Salay, 73 percent agreed, 4 percent disagreed, 5 percent were neutral, and 18 percent didn’t know. The mixed reaction from members suggests a need to emphasize that when institutions, the community and local government work together, more protection is provided for mangroves and for them in a long-term point of view.

In a study conducted on Samar Island in the Philippines, the local government’s efforts to educate the communities on mangrove protection – i.e. no mangrove cutting – were clearly successful due to the low (or sometimes zero) extraction activity in the study sites. In addition, the presence of people’s organizations is key to managing the forests. For example, on Banacon Island – located in Central Visayas – the communities initiate mangrove planting activities in managing their coastal resources. The government’s role in forest management is essential for policy creation, and local communities are just as important because they utilize and manage these ecosystems.

What information do the members need?

When the members were asked what type of information they would need to gain a better understanding of mangroves and become more involved in their restoration, 37 percent said they would like training on new and innovative methods of restoration and financial support, 29 percent mentioned manuals or guidebooks and other opportunities so they can benefit from mangroves, while 17 percent opted for scientific knowledge and be involved in mangrove monitoring in the future. In addition, when asked about the laws governing mangroves, only 45 percent indicated that they were familiar with them, 41 percent didn’t know about them, 5 percent were unsure and 9 percent didn’t give an answer.

Mangrove forests provide a diverse range of goods and services for humans, such as timber, fuelwood, food, coastal protection, and soil accretion. But they are also important habitats for a lot of birds, animals, and fish. Timber and fuelwood extraction from mangroves is banned in the Philippines under the strict supervision of the Department of Environment and Natural Resources (DENR). The members said they used to collect fuelwood but discontinued this practice because of the regulations imposed.

From the information we gathered and the additional comments we received from the communities, the key takeaway is that they need more training and knowledge in relation to mangroves. This would help them build their capacity to protect and train neighboring villages on the best practices of restoration.

The members of the Salay Mangrove Organization used to plant monospecies of mangroves and felt unmotivated because the planted species’ height and survival rate were low after five years. They wanted to experiment different methods and commit to learning more during our discussion with them. The willingness to create a nursery of mangrove species, to learn other restoration practices and to develop crab culture livelihoods was evident during our discussions. 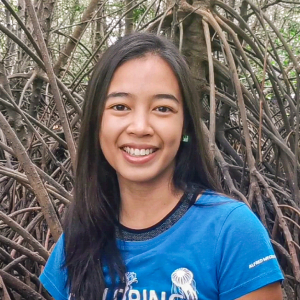